I love home ownership. I adore having a space to call my own. And, quite honestly, I don’t think I’ve ever been happier than I’ve been since we moved into the house.

Next month will mark an entire year since we started the home buying process. While I wouldn’t turn back the last year for anything, there are definitely some things I know now that I wish I’d known then.

Living in apartments, or with my parents, for the entirety of my adult life, I’d never had to pay a water bill. And when I went to get the water hooked up in my name, I didn’t need to do the sewer separately – everything was handled in one place at one office.

So when I got my first water bill, to the tune of about $70, I was stoked. $70 a quarter for water and sewer? YAASSSSS.

Imagine my surprise when, about a week later, I get a $45 bill for the sewer.

Now, a little over $100 every three months for water/sewer isn’t bad. It’s actually really good. But during the entire process, nobody told me they were two separate bills. Maybe it’s something I should have intuitively known? Maybe living in apartments robbed me of home knowledge? Maybe I just misheard the lady in the office when I got hooked up?

I don’t know. I do know that in some areas, these bills are combined into one monthly bill. If you aren’t 100% sure, though, just ask when you get your water hooked up.

Do Your Own Research into Utilities

When we bought the house, the seller’s agent mentioned that the propane was supplied by a small local company, and I should call them to get it switched over into my name. I, being young and stupid, figured that I had to use them, since we had their tank on our property. Since I didn’t know anything about heating a home, I called them and got hooked up with their service.

That was a mistake.

Their customer service has been awful, they don’t follow through properly with things (I’ve spent all winter with a half-working furnace because they never got me my service contract), and one of their delivery guys actually broke my gate this winter because it was snowed shut.

Sometimes, you don’t have many choices – I only have one option for water, one for sewer, and one for power (perks of living in a small town?) but there are numerous propane suppliers in the area. If I hadn’t been so naive (and a little overwhelmed) I would have thought critically about it and done some research into other suppliers before just jumping into the one recommended by the previous owner/seller’s agent.

The takeaway? Do your research! Don’t just go with whatever is suggested to you.

Check windows and doors in your inspection

Everybody worries about structure, electrics, and water during an inspection. Never once did I think to pull on windows, or question how doors worked.

On our home inspection, it was noted that the windows in my living room didn’t have the casings completely finished. You could see a little insulation around the window. I wasn’t too worried about it – it looked like they just needed a piece of wood put in on the inside to make it “pretty”. I figured we could tackle that at any time.

About three months into our home-owning journey, Seth went to do something to the window in our living room and we were both incredibly surprised when the entire window came away from the wall in his hand.

Apparently the casings weren’t just aesthetically not done. One of them was actually not attached to the wall at all. It was just sitting there, with no sealant or wood or anything to keep it from falling in.

We were able to get that fixed, but discovered other quirky window issues. Like the 100 year old window in our kitchen that we had to seal closed with silicone because the top fell in and let in bees. Or the window casing that was literally being held together by a tension rod, and popped apart when I took down the curtain. Or the other window in our kitchen, that had a broken lock, that anyone could just open and come in through. (Handy the first time I locked myself out. Not so cool afterwards.)

There were also some quirky door issues, some of which we still need to fix. Our screen door doesn’t always latch properly, and will sometimes slam in the wind. The door frame on our garage is actually completely broken and needs to be re-done. And our antique “front” door (not that we use it for anything) didn’t have any locks on it. Which I wasn’t worried about (the screen door locks) until a stranger tried to break into my home one afternoon and I had no way to bar him out of that door.

Needless to say, that door now has a deadbolt.

Most of our home has been redone in the last fifteen years. New water piping, new wiring, a new roof, new floors, etc. So while the house is nearly 100 years old, it doesn’t feel like an “old” house.

So while she doesn’t necessarily show her age, there are times when you feel it.

All while buying the home, I was suspicious of the basement. It, unlike the rest of the house, looks 100 years old. Mixed gravel/concrete/dirt floor, sump pump, effervescence on the walls, run-of-the-mill old basement stuff. But the disclosure only said that, during the spring and summer, it sometimes would condensate in the basement and the walls would run a little.

“Condensation on the walls” turned into “eight inches of water” really damn fast this winter. Turns out there was a hole (the guy who looked at it said it was an original hole from where they laid the foundation) and water was pouring into our basement like a faucet.

Thankfully we were able to get it patched and get our sump pump working again and there haven’t been any issues since.

Another, relatively minor “old house” issue is that none of the walls are straight. And, where the house was renovated, it was renovated around these odd-angled walls and ceilings. It’s not a big deal, as everything is structurally sound, but it can make it difficult to hang things “straight”. We recently put up a shelf and found that, while it was completely level, it looked off because my ceiling has a five degree slope.

People always talk about how buying a home is such a responsibility. But usually they frame that in the context of “you have to pay if your furnace quits” or “you’re responsible for fixing your leaky roof”. People don’t usually talk about all the other things you take on when you buy a home.

Like mowing your lawn. Keeping it attractive and well-landscaped. And clean.

Like what to do with the medical-grade cannabis oil you found when you moved in and cleaned the kitchen.

Like figuring out how you’re going to clear up the 8 feet of snow winter dumps on you, and where you’re going to put it since the snow banks are already taller than your car.

Like how much you’re going to have to vacuum after the snow melts and all the sand and salt you put down to keep the driveway clean is now being tracked into your kitchen.

Or trying to nicely tell the neighbor’s five-year-old that he can’t just let himself into your house, because you don’t want to be “that bitch in number 10” but also don’t want him letting your animals out.

It’s hard, likes to hit you with the unexpected, and is definitely a huge learning experience.

But it is so rewarding.

Waking up every day in your own space, that you can claim and make your own is a wonderful thing. You learn a lot about how the world works, and about yourself, when you take on a house and turn it into a home.

Dorothy’s had it right for a long time. 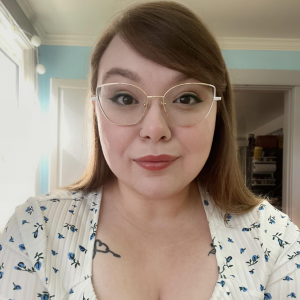